The Lotus could charge on a standard CEE plug with max 32A on one fase. The Tesla has a duo charger which can handle 3x32A (3x32Ax230V equals 22KW) but it needs a Mennekes type plug with CP and PP contact. I could have gone the easy way and purchase a Tesla Wall Connector for nothing less than €530,- or any other 22KW charger, but I would like to know if I could build one myself for less.

Ev-power.eu sells a EVSE kit for €50,- which is basically a board based on PIC micro controller which is able to generate 1KHz PWM Signal to detect the vehicle and control the relay. 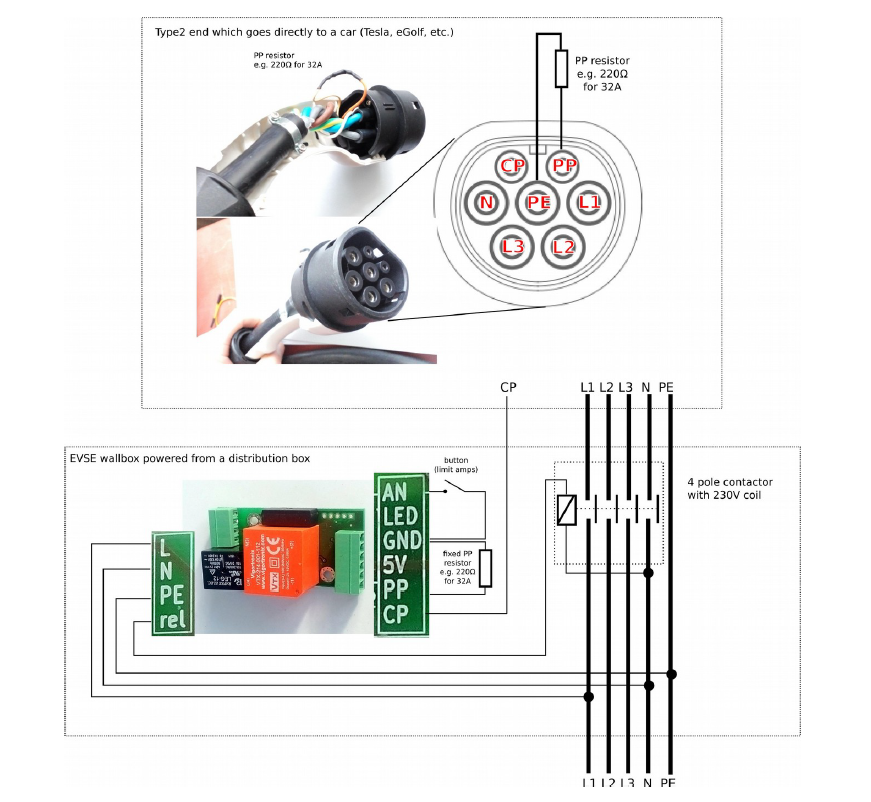 Installed end result with a temporary charge cable and CP wire ( I didn’t have the right 5G6 + 2×0,75mm charge cable) 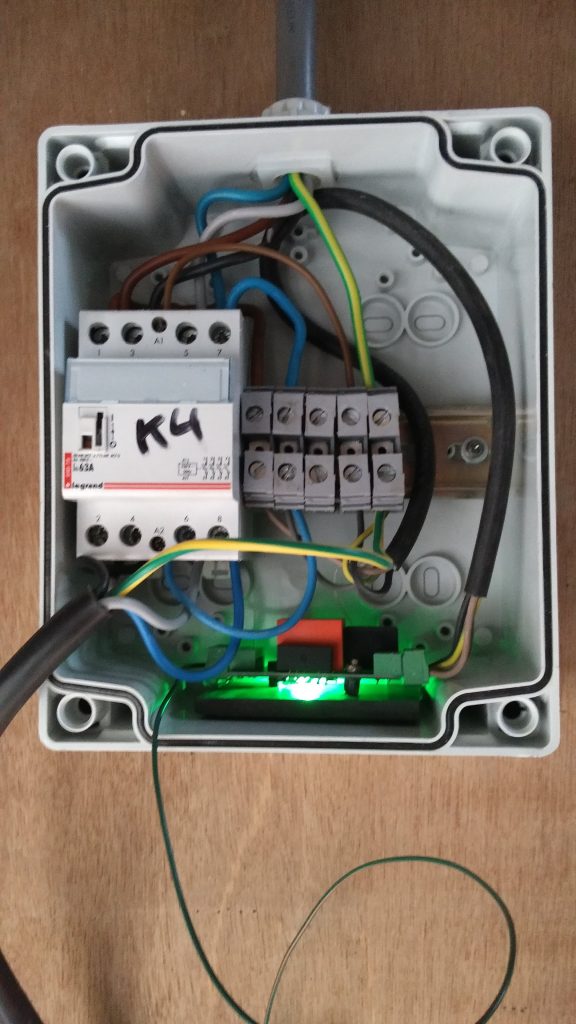 Plugged in to the Model S 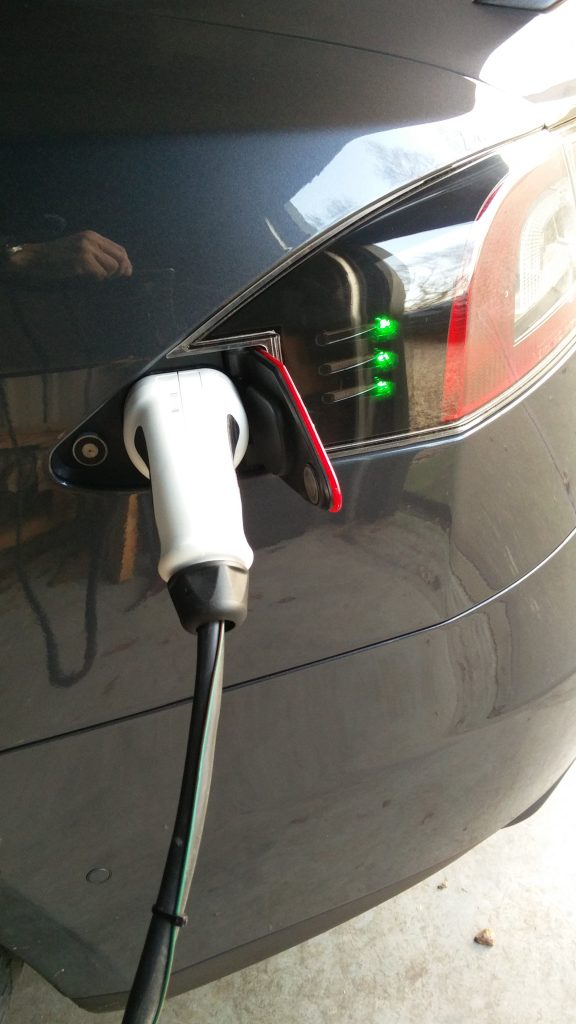 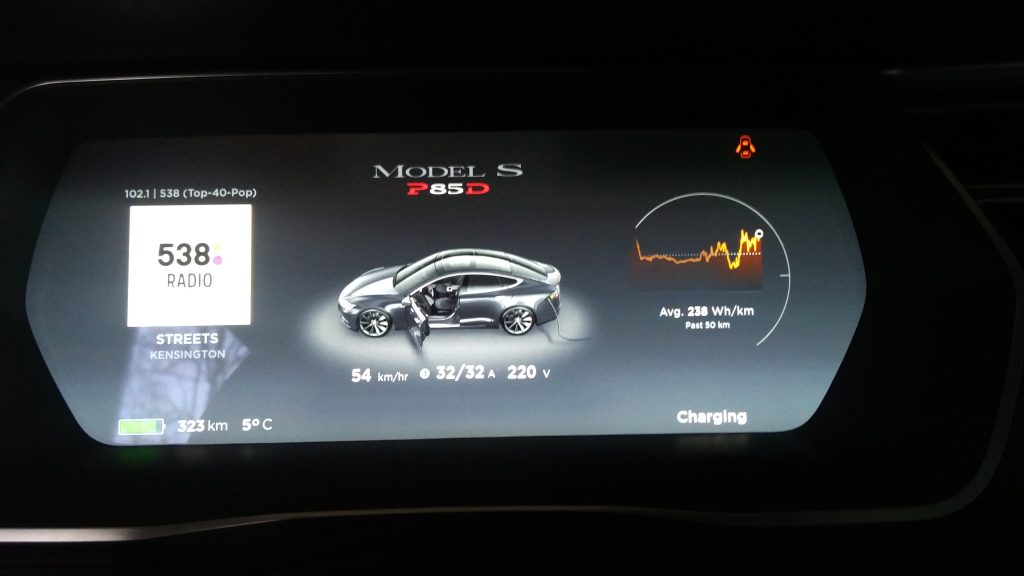